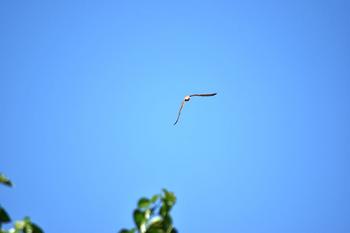 We released the first young Common kestrels for this year!

01.07.2019
Eight young Common kestrels (Falco tinnunculus) flew from the hands of children and their parents who took part in last week’s releasing birds event near the Green Balkans’ Wildlife Rehabilitation and Breeding Center in Stara Zagora.

Some of the birds were hatched in the Center and others - wild orphans, were raised by foster bird families there.

The happening was organized for the general public as a gesture of gratitude towards the people who contribute and support the Green Balkans’ Wildlife Rehabilitation and Breeding Center in the city of Stara Zagora.

Fortunately, the released Common kestrels successfully took off with the help of our participants. Needless to say, the activity brought tons of joy to everyone.

We promise that this will be the first of many actions that we will be organizing for the people of Stara Zagora. Don’t miss out the opportunity to get involved, follow Green Balkans!