The poachers opened their hunting season

09.09.2011
Raptors, which are seemingly protected on paper and under a hunting ban, of course, loose the uneven battle and no other way, considering the tough domination of cold steel on life. Poachers shoot lead by hatred or for fun and abandon their victims crippled in the field. 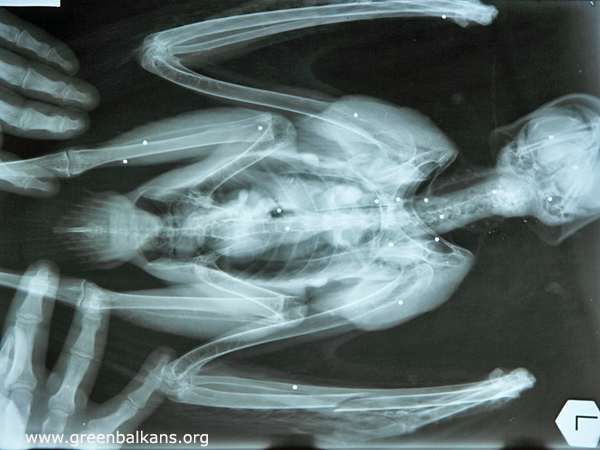 THE FIRST VICTIM FOR THE SEASON
Less than a month from the start of the hunting season for small game, the first innocent victim already makes it to us – a young Short-toed Eagle, pierced from head to toe. The bird has pellets in the brain and spine… one of the wings is fractures… It is alive, yet so what? A life lost together with a magnificent bird lost for the nature of Bulgaria.

HATRED
Hunters in general passionately believe that game species they think they own are decreasing because of the birds of prey. It is of little importance that, many of the raptors the poachers shoot do not even feed on other birds. The poachers cannot tell them apart, and why distinguish them, when one can, just in case, shoot or cripple them!

ENTERTAINMENT
It is great fun for the poachers to shoot on a flying aim. The most common aims are Buzzards, which mainly feed on mice and carcass, but hey, they are flying around ,aren’t they, so, go on, shoot!

LAW
All hunters are aware that birds of prey are protected by law, all, without exceptions. This does not stop the poachers to shoot one them, as these deeds cannot be proven. All happens during hunting days, when the poacher is alone or in a company which would not give their mate out. 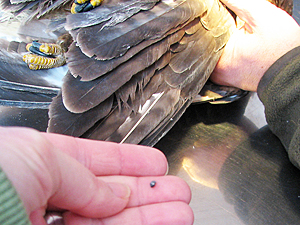 The poaching issue in Bulgaria is tragic and goes worse. The official hunting associations, of course, refuse to have poaching members. However all of us can see the truth… which is a public secret, yet cannot be proven, so a problem does not exist.