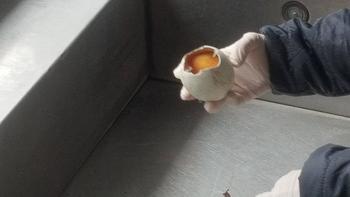 The first Griffon vulture egg turned out to be infertile

The bad news is that the first Griffon vultue egg turned out to be infertile. The egg has been in the incubator for the entire incubating period, eventually it didn't hatch. We decided to check the egg and no embryo was found in it.

The good news is that they managed to lay a second egg after many copulations and there is a great chance that it is fertilized. Its incubation period terminates in the beginning of April and we are eager to find out whether it will hatch.

We would like to remind that the Griffon vulture has gone extinct from Bulgaria in the middle of XX century and the first teritorries on which a few pairs have returned were the valley of Arda river in the Esatern Rhodope mountains. After decades of efforts for its conservation and recovery, it is now considered reintroduced to its former habitats – Eastern Balkan mountain, “Sinite kamani” Nature park, “Vrachanski Balkan” Nature Park and Kresna Gorge. The pair at the Wildlife rehabilitation and breeding center are rehabilitated wild birds with permanent disabilities.