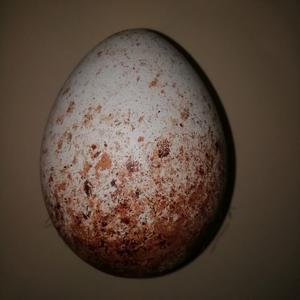 24.04.2021
24 days after the first Black Vultures’ egg was transferred in the Green Balkans Wildlife Rehabilitation and Breeding Center incubator, the female laid a second one.

Both eggs are now on artificial incubation, the process is being watched closely and their growth is being followed every day. This was needed in order to avoid accidents, because the Black Vulture female breaks the laid eggs few years in a row. The newly laid egg was replaced with an artificial one, which the vulture female accepted as its own and started incubating right away after the change.

In case the eggs were hatched in the incubator, the baby chicks will be transferred to their parents to be raised.