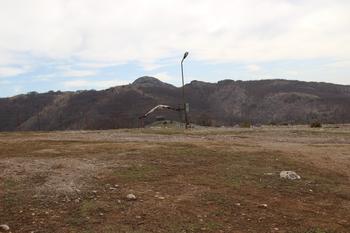 15.04.2021
On April 13th, 8 Black Vultures were transferred from the Sinite kamani Nature Park aviary to the adaptation aviary in Kotel to be released by the “Bright Future for Black Vulture” LIFE14/NAT/BG/649 project team. Among other tagged birds, there is the Black Vulture Djuranlii who was rehabilitated in the Green Balkans’ Wildlife and Rehabilitation Center. All released birds will strengthen the Black vulture group in the area, which already made us happy with 2 nesting pairs - for the first time since many decades.

All birds are fitted with satellite transmitters, which after the birds’ release, will help us to track them into the wild and help them if needed.

15 ravens and 3 Griffon vultures were captured in the aviary when looking for food they have entered the aviary along with their fellows. Among the Griffon vultures there were two birds already gone wild, released previous years and one young wild bird who was marked and fitted with a transmitter by our partners from FWFF within the LIFE BalkanDetox project. Its aim is to show the wanderings of the young birds on Balkans and on the other hand to serve as early signalization for poison baits. All wild birds were blood tested for biochemical and toxicological analyzes and wormed by the veterinary team from the Green Balkans’ Wildlife and Rehabilitation Center.
Among this batch there are two Black vultures - Blacky Skrill, recently named after by the team of Alchemists from PaySafe company and Ozzi, named after by our donor from BareHand Society (contributed with funds from author’s print sale of vulture Ultron, shot by a poacher).

We would like to take the occasion to thank all donors supporting our vultures’ reintroduction program and answered our appeal to give our project financial support needed for its successful completion.

Thank you for trusting and supporting us! Together we will achieve more for the nature in Bulgaria!